**All puppies are claimed** 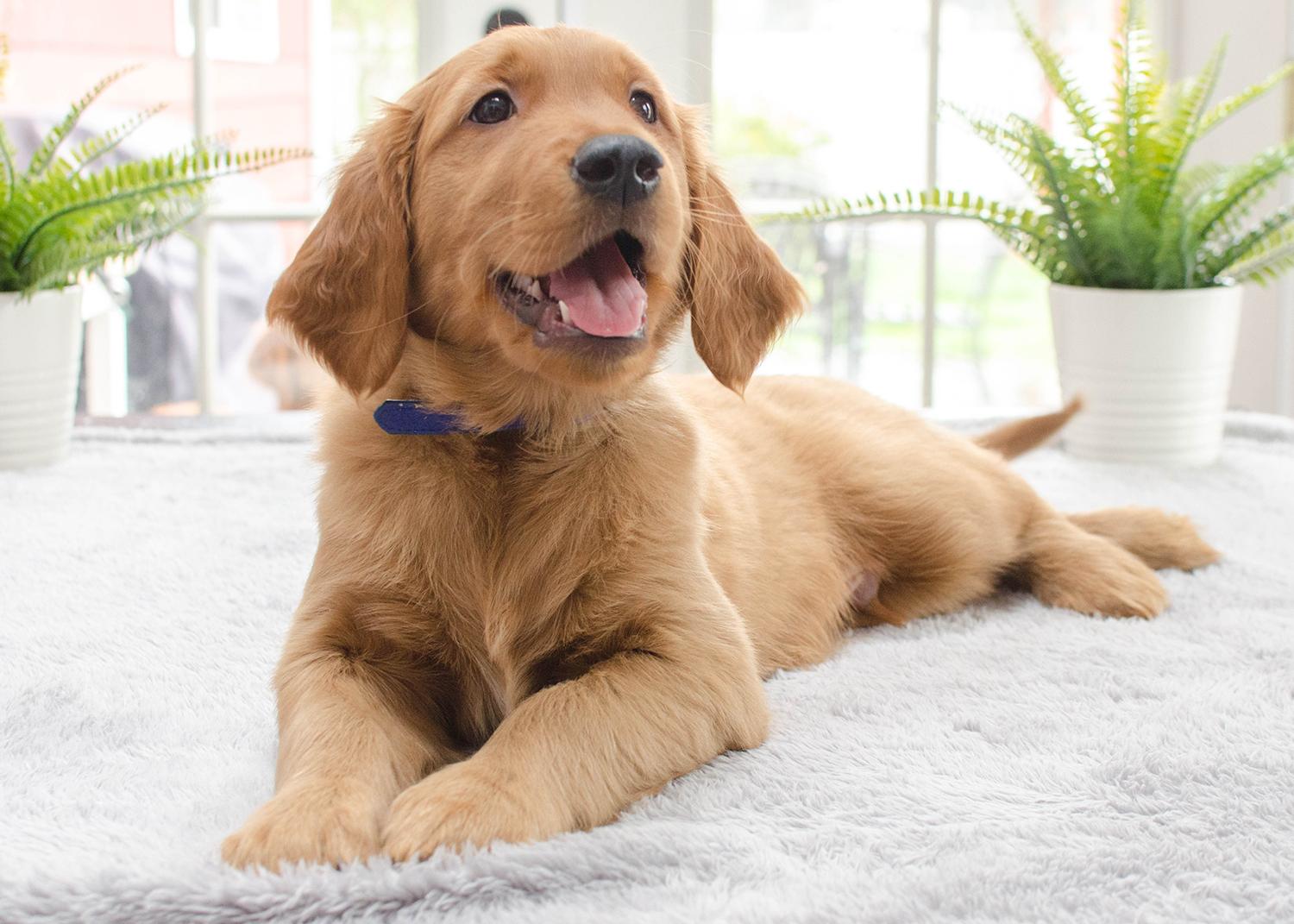 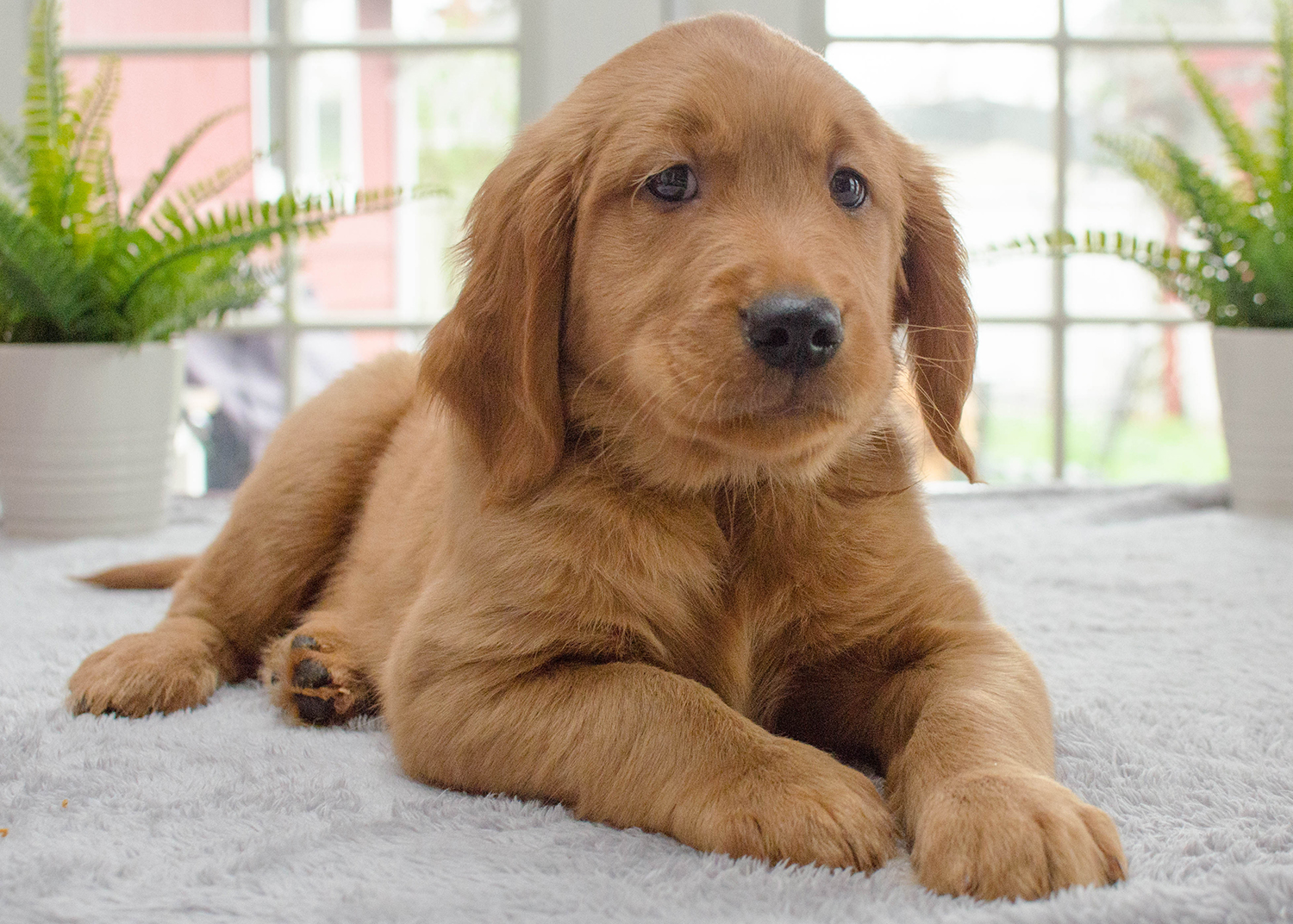 Blue Puppy: Kivi
Sex: Male
Note: Kivi is one of the smaller boys, along with Lucky. He is often found sleeping on his own.
Claimed: Tony & Katheryn
Sky Puppy: Amigo
Sex: Male
Note: Piff is the largest puppy, and loves to eat. He also loves to snuggle in the middle of the puppy pile.
Claimed: Chris 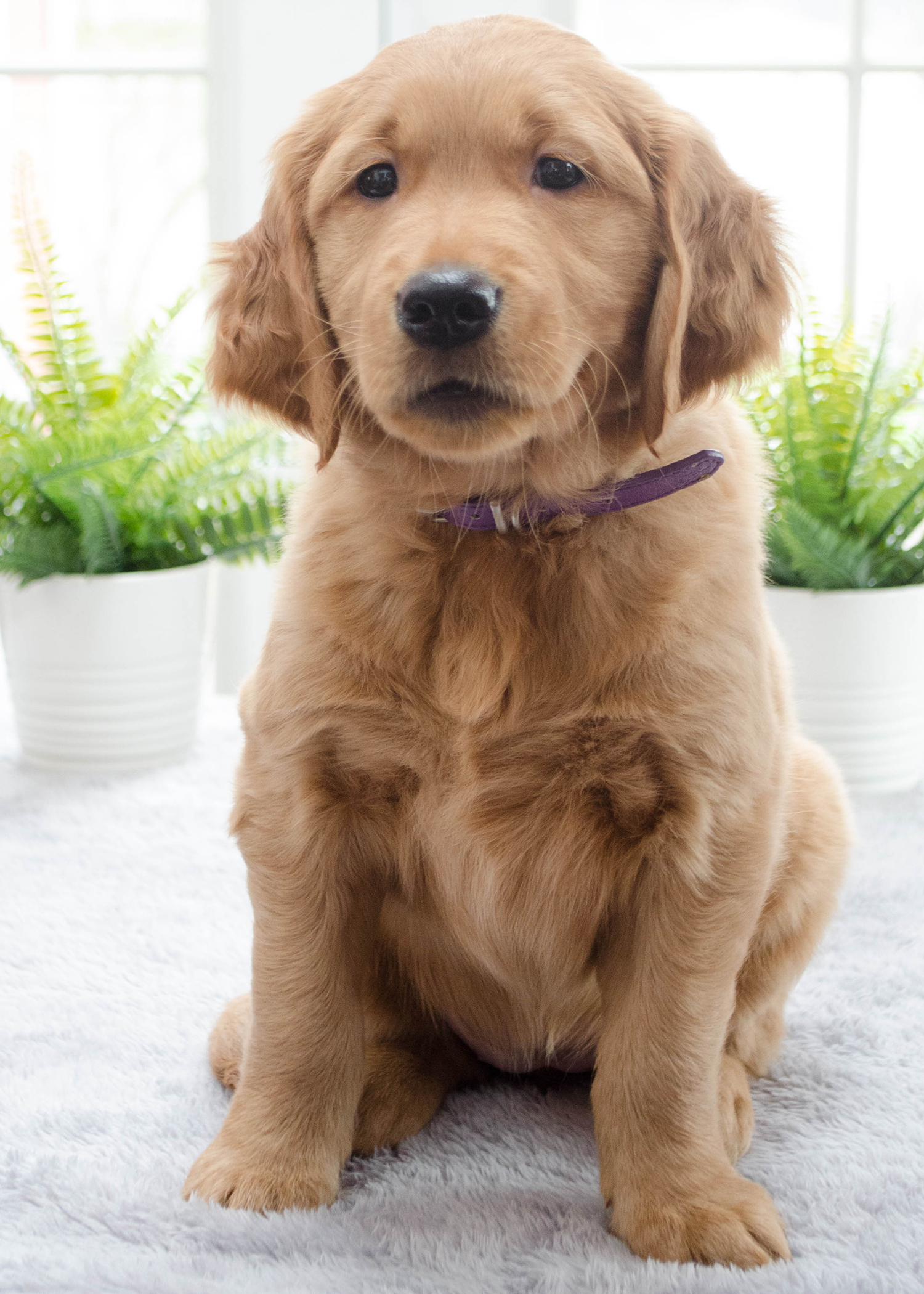 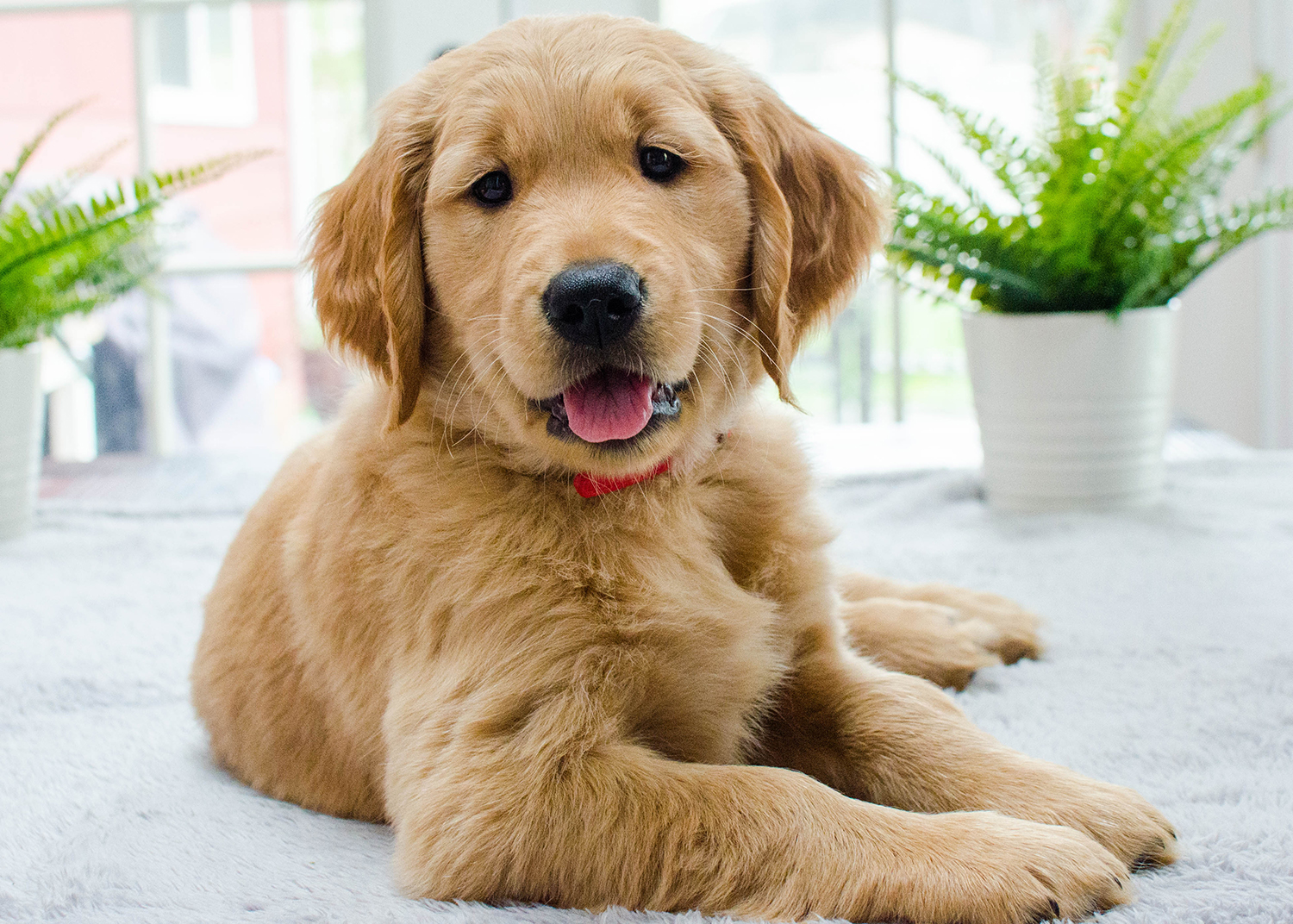 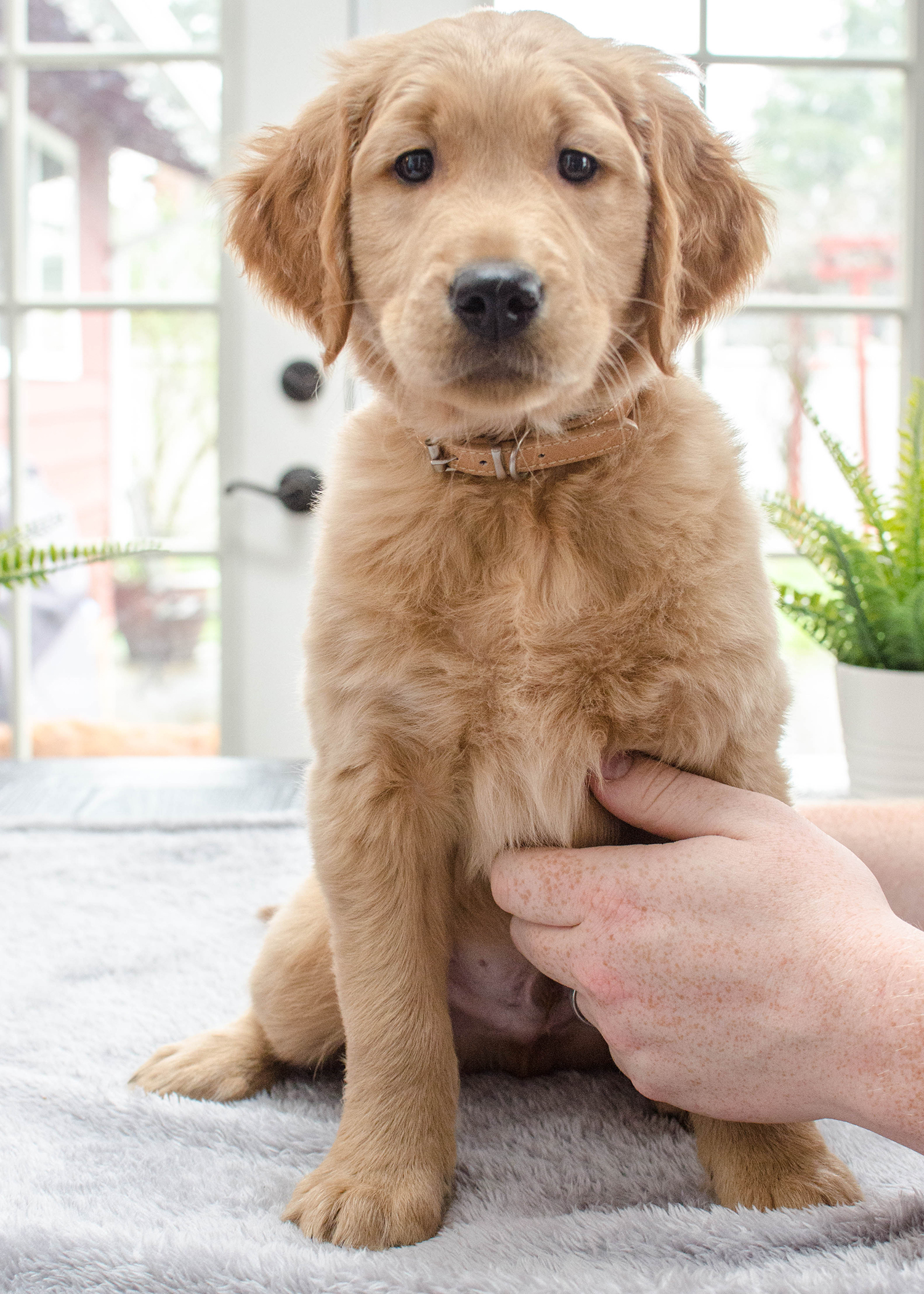 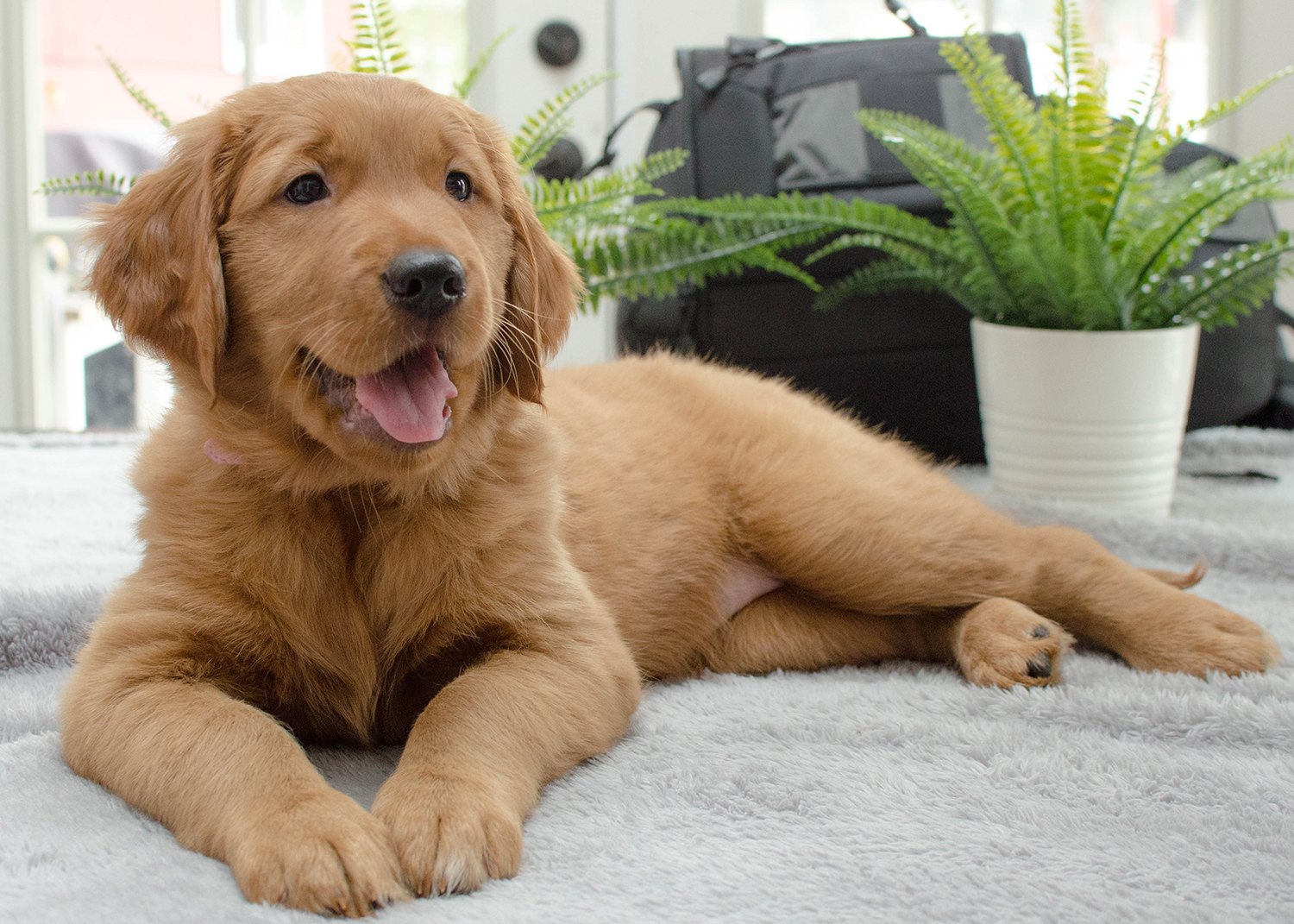 Tan Puppy: Homer/Puddles
Sex: Male
Note: Homer the "outside" puppy. He loves to wiggle and is the first one out of the puppy box.
Claimed: Cody & Sumer
Pink Puppy: Willow
Sex: Female
Note: Willow is the biggest girl, and will likely be the most red. She has a cute patch of white fur on one paw.
Claimed: Luke 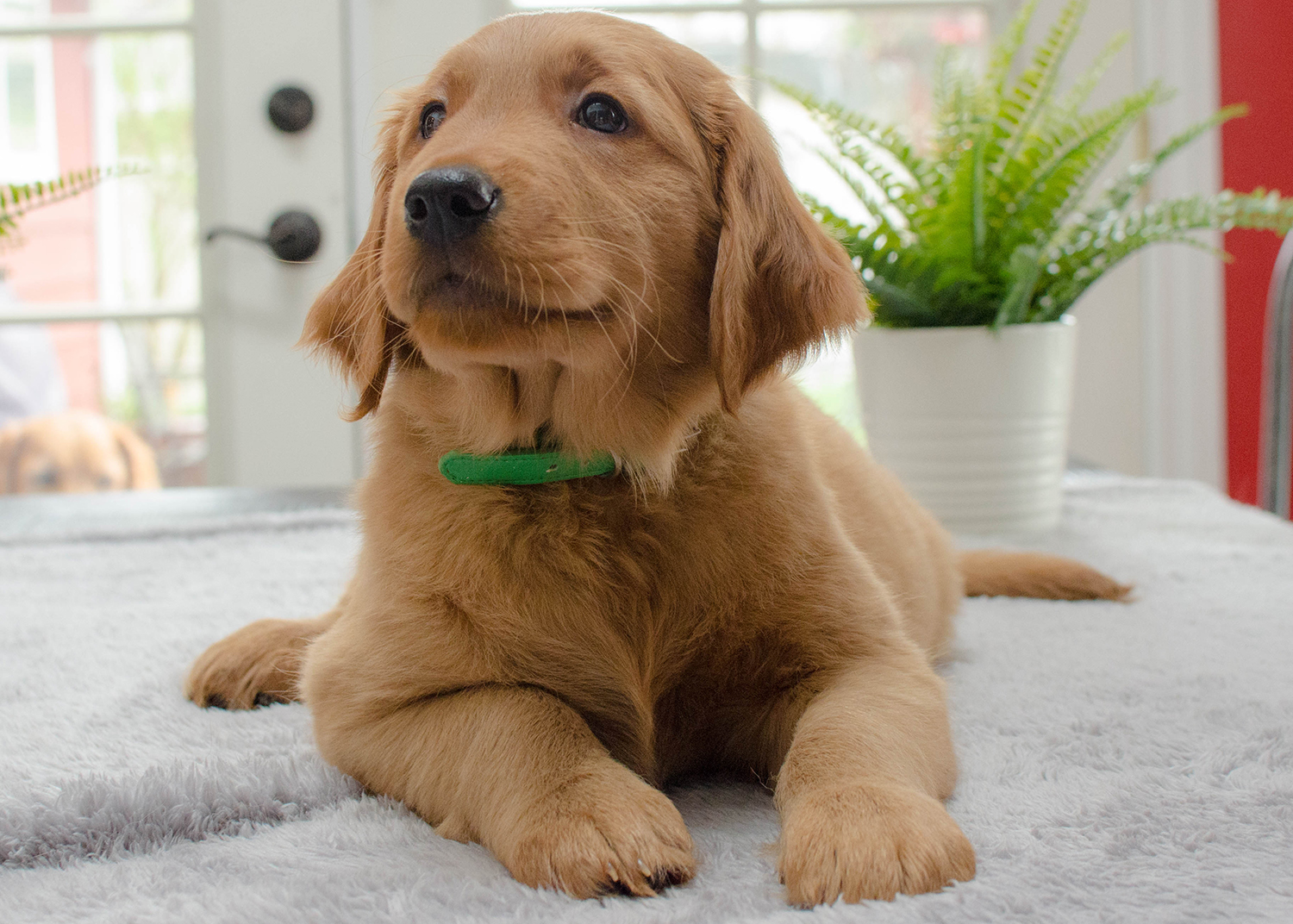 Green Puppy: Rowdy
Sex: Male
Note: Lucky has been one of the fastest walkers. He can often be seen making the rounds in the box.
Claimed: Kenny & Jeana & Dixie